Edit
Welcome to the Risen Wiki
The wiki about Risen, Risen 2: Dark Waters and Risen 3: Titan Lords, games developed by Piranha Bytes and published by Deep Silver.
All pages can be edited and you are welcome to join us and contribute to this wiki. 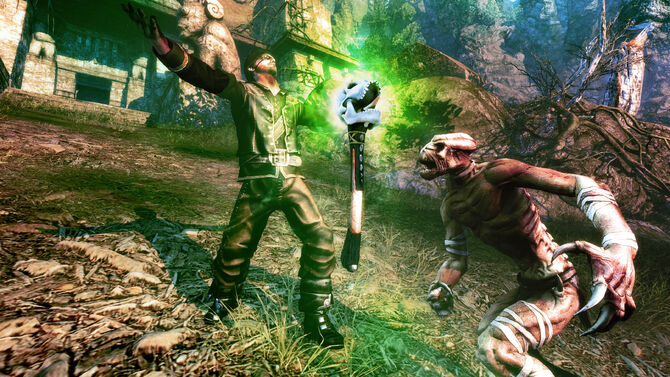 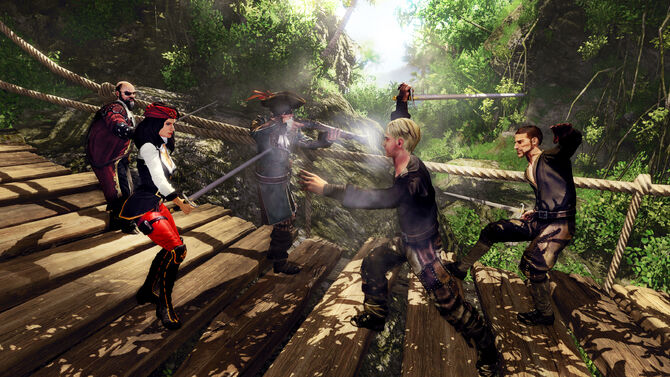 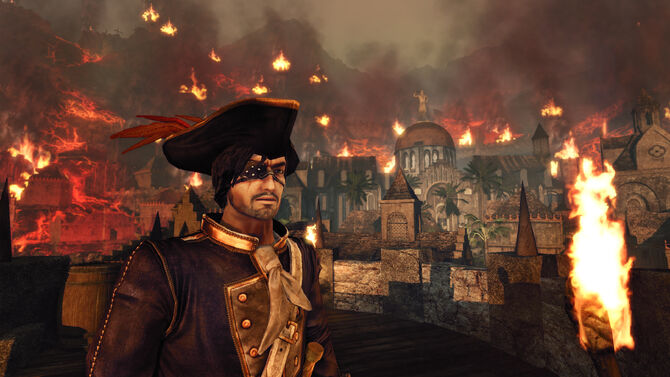 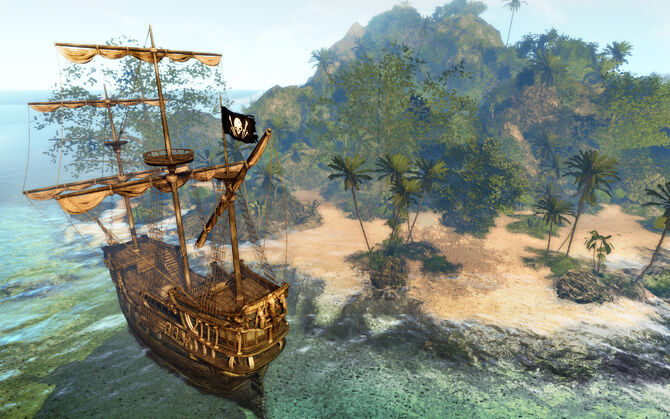 The Risen series is a high-seas and pirate themed action role-playing game franchise developed by
Piranha Bytes and published by Deep Silver. Risen was released in October 2009. Its sequel, Risen 2: Dark Waters was released in April 2012 for the PC. The NA version was be released in July 2012 for the Xbox 360 and the PS3, while the EU version saw its release in August 2012. The conclusion to the series, Risen 3: Titan Lords, became available in mid-August 2014 on Xbox 360 and PS3, with an Enhanced Edition coming a year later, on 21 August 2015, making the game available on PS4 and providing some additions to PC owners (as a free upgrade) who already owned all DLCs. 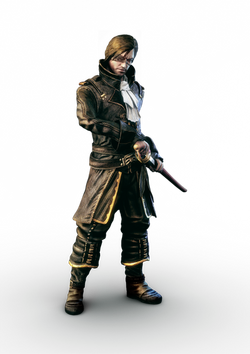 Many horrible years have passed since the Gods abandoned the world and the titans rose from the confines of their prisons. They devastated everything in their path with unstoppable force.

However, there is a place on the southern tip of the Old Empire which still seems safe from the clutches of the Titans – the “Crystal Fortress” in Caldera. It is the headquarters of the Inquisition and a place of refuge for the people. It is repeatedly attacked by sea monsters, and supply ships are sunk en route. Nobody knows how long the walls will hold; food and weapons are gradually running out.

The nameless hero, devastated by the developments on Faranga, now drowns his sorrows in rum in the harbour town Caldera. As the situation grows more and more dire due to the shortage of food, he sets out on a mission to put an end to the sea monsters once and for all.

During his adventurous journey he not only faces new and immense challenges, he also meets old acquaintances who help him on his quest.

Alongside the game, customers will get the DLC Treasure Isle for free which is regularly priced at $ 9.99. Those who did not explore the world of Risen yet will have the possibility to download the first game in the series with a 50% discount, for a price of $ 9.99.

As a third exclusive bonus, customers will receive a 20 % discount voucher for further purchases in the online shop. Risen 2: Dark Waters is now available for pre-order in PC digital version at the official Deep Silver Shop.