Risen is a single-player fantasy-themed action role-playing game, developed by the German company Piranha Bytes and published by Deep Silver.

The series is continued by Risen 2: Dark Waters and Risen 3: Titan Lords.

The game features a combat system with parries, blocks, and sidesteps. Using this system the player can utilize a wide array of weapons like swords, bows, or fighting staffs. Alternatively, the player can choose to play as a mage, combination of mage and fighter, or a pure fighter with limited access to magic through single-use scrolls.

Many skills are not available directly at the start of the game and have to be unlocked by expending "learning points" in the chosen skill. In addition to direct gameplay changes, unlocking skills has other minor aesthetic effects such as the player character using a different stance during combat. The game also has a system for professions and abilities, such as smithing and lock picking which are leveled up in the same way as the weapon skills—by expending points to level up in the specific profession.

Quests conversations are fully logged in a quest diary. Maps are available, along with "quest maps" on which objectives are marked. Non-player characters are voiced in English.

Risen has smaller areas that can't be accessed until later. Creatures do not respawn in the first part of the game, but do so in later parts. The island is also said to contain easter eggs.

An IGN reviewer wrote that Risen resembles the Gothic games in "the general ambiance of the world, the presentation, feel of gameplay, and style of exploration" but is more "user-friendly" than the "more hardcore Gothic games"

Risen is set on Faranga, an island of fantasy inspired by Sicily: the environment is mostly mountainous, with different climates and Mediterranean vegetation. The island is dominated by an active volcano and inhabited by various fantastic creatures; the island has buildings and suggestive names from the Spanish Inquisition in Sicily and the Norman period.

Recently, ancient temple ruins have risen from the ground, providing access to a network of interconnected underground areas such as catacombs and dungeons. As a result, the humans have put in place an Inquisition, forbidding anyone from exiting their city or the island.

In the intro cinematic the player's main, nameless character and a gypsy named Sara can be seen sneaking around on a small ship in the middle of stormy seas. As they get to deck, they see the Inquisitor, calling out to a Titan in the seas. The giant Titan rises through the waves, shrieking at the Inquisitor. The Inquisitor tries to battle the creature, but he realizes that the battle is lost and teleports off of the boat. Seconds later the Titan smashes the boat into little bits, sending Sara and the unnamed protagonist into the depths. The player character wakes up on the shores of Faranga in the midst of the storm, surrounded by dead bodies. Both he and Sara are unharmed.

After exploring the island and meeting other people, the player can choose a faction with which to align. Don Esteban (a group of bandits which had previously controlled the island until the Inquisition exiled them from town), the Inquisition (a group of soldiers who have come to the island in order to explore the mysteries of the rising ruins), or the Mages (the former protectors of the island, now commanded by the Inquisition). Soon after, the player becomes involved with the plans of the High Inquisitor Mendoza, who has discovered a temple leading into the heart of the volcano. He plans to gain access to it, but requires the assistance of the main character in finding five Crystal Disks, which function as keys for the temple.

Once the player has gathered the five Disks, which had been scattered across the island, the Inquisition enters the Volcano Keep. There, it is discovered that a legendary Titan, along with the Titan Lord Ursegor (a Saurian king who had sought to control the power of the titans), have been imprisoned. It is revealed that Faranga has been protected by storms because of the Titan's presence, while the mainland has been ravaged by the other Titans, which were set free when the Gods were exiled by humanity. Inquisitor Mendoza seeks to gain control of the Fire Titan inside the volcano in order to defeat the other Titans. In removing the Titan from its prison, Faranga would become vulnerable to the mystical storms and would effectively be sacrificed for the sake of humanity.

After releasing Ursegor from the curse which tethered his spirit to his corpse in the Volcano Keep, the player sets out to find the Titan Lord's armor pieces, so that he can gain access to the Fire Titan and defeat Mendoza. The armor pieces were sealed in the ruins with some undead priests. The player explores the risen ruins, retrieves the armor, and enters the Volcano Keep behind Mendoza. Mendoza turns mad and is defeated by the player. After that, the player banishes the Fire Titan after defeating him in battle.

The ending suggests that Faranga has been spared from destruction, but that four more Titans continue to ravage the mainland. After the credits roll, dialogue between the main character and Patty, the daughter of an infamous pirate, suggests that the two will travel to the mainland to fight the Titans in the sequel.

Piranha Bytes itself developed the Windows version, which was released on October 2, 2009, along with the European version of the Xbox 360 port. The Xbox 360 port was outsourced to an experienced external console team under the close supervision of Piranha Bytes.

After the last official patch, version 1.10, an unofficial patch v1.30 by the fan community was created to address remaining issues.

On July 20, 2009, Risen was refused classification in Australia by the OFLC. According to the game's Australian distributor, Madman Interactive, the OFLC cited "sexual activity and drug use related to incentives or rewards" as the reason for the refusal.

Risen received generally favorable reviews, with aggregate scores on GameRankings and Metacritic reaching 77.57% and 77/100 for the Windows version and 63.44% and 60/100 for the Xbox 360 version.

PC Zone gave the PC version an 85/100, concluding that "Risen is a solid, engrossing and beautifully presented RPG that's well worth your time and money".

IGN gave the PC version an 8.6/10, praising for its hard yet rewarding gameplay, impressive graphics and solid voice acting, yet still pointed to the combat mechanics being messy while fighting hordes but mentioned "...you'll get better at it as you bump up your skill with a preferred weapon type and unlock new moves, making the experience even easier, though it never quite feels as natural as it should."

Eurogamer gave the Xbox 360 version a 4/10, noting that "It's something of a tragedy, since there's clearly a really good RPG buried under all this technical mediocrity".

GameZone's Steven Hopper gave the Xbox 360 version 7/10, saying "Risen is a solid game brought down by a shoddy port to consoles. While there’s still a lot of fun to be had with the deep missions that foster exploration, the game’s technical presentation is subpar and there are some gameplay issues as a result of the move to the Xbox 360."

Xbox Evolved's Michael Ogunnubi gave the Xbox 360 version of the game 8 out of 10, saying "I highly recommend Risen to players who enjoyed the heck out of somewhat obscure titles like Gothic 1 and 2, Vampire: The Masquerade – Bloodlines, and Avernum, or to those who enjoyed Bethesda's brief experiment in 3D adventure gaming known as Redguard, or finally to those who grew up addicted to highly interactive classics like Ultima VII." 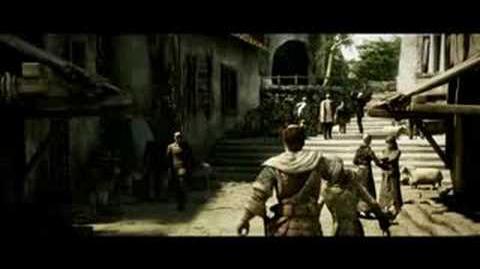 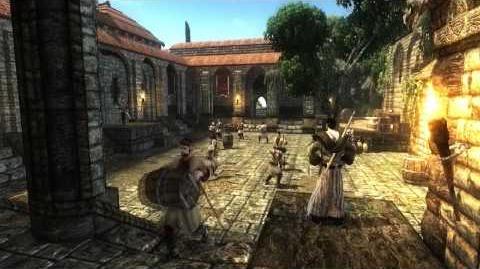