These handy stones are first acquired in the beginning of the Chapter 2, where Inquisitor Mendoza gives you one that lets you instantly travel to the Volcano Keep.

There are 14 teleport stones on Faranga, only three of which can be obtained without combat.

The stones can be obtained in the following locations:

The rest of the stones are on Lizardmen all over Faranga, as shown on the image: 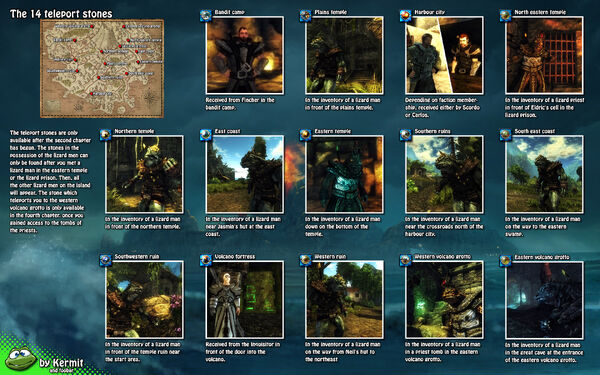