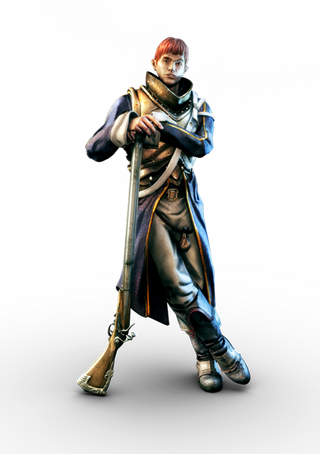 Venturo is a former farm laborer, but since the trade with natives began, he lost his job.

He always longed for a higher purpose, and an offer from the Inquisition seemed to be perfect for him. He was recruited as a marksman, in the hopes that he would find what he always wanted – to become a savior of humanity!

In the ranks of the Inquisition, he and his superiors realized that he was a talented sharpshooter with remarkable skills and nerves of steel.

Venturo was eager for the chance to become closer to his goal.

But his superiors saw a potential danger in his pursuit and refused him his earned and promised promotion, claiming that he was naive and lack of discipline . It is in this moment that Venturo meets the nameless hero.

Can the nameless hero help Venturo become a savoir of humanity?